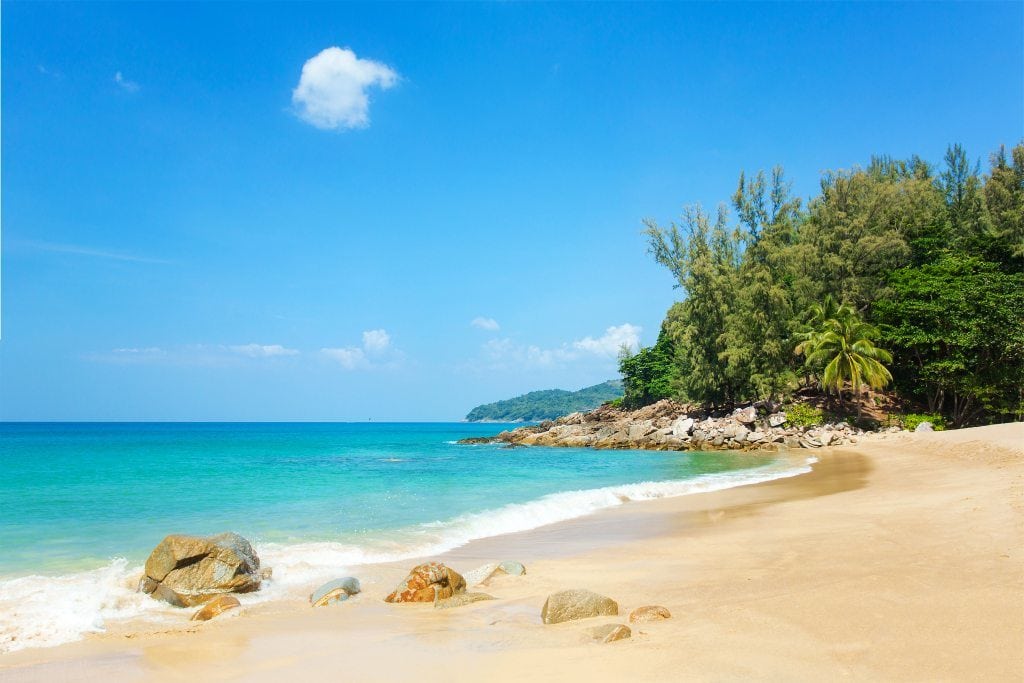 
Just north of Laguna Beach on Phuket’s amazing west side is Banana Beach! OK, admittedly, this beach might take just over 30-minutes to reach from Patong, but as you know, everything depends on traffic. If you’re going during low-season you’ll probably arrive much quicker than during high-season! Google maps lists this as a ‘mellow beach in a remote locale.’ That sums it up! Sixty-five visitors rated it 4.4 stars out of 5, and it is telling that there are not more ratings. This beach really doesn’t get the heavy traffic like some others on Phuket.