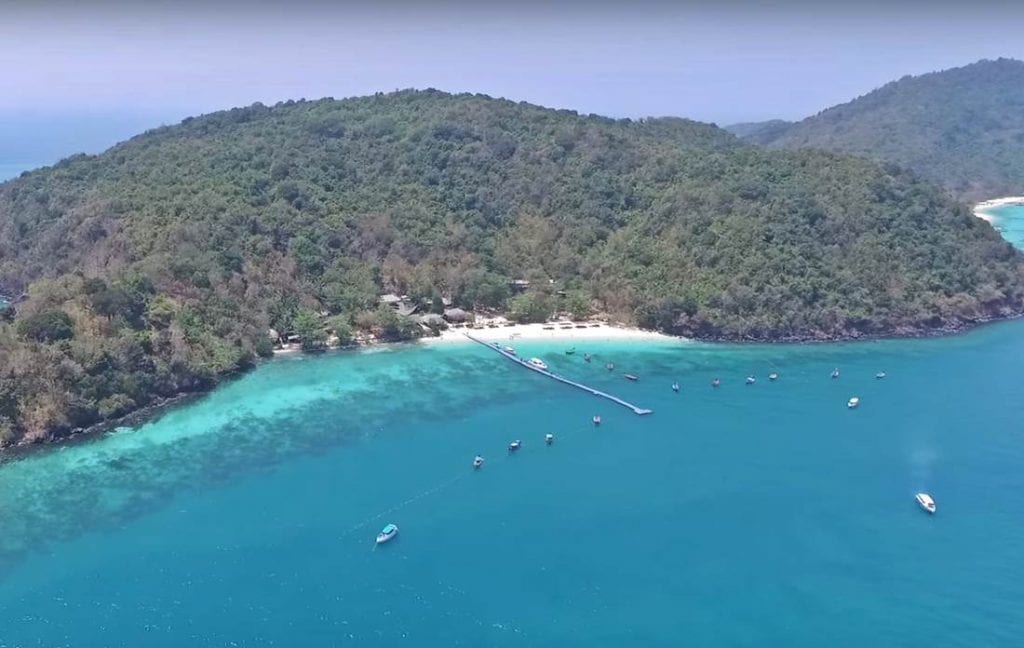 
Koh He Island is also known as Coral Island. This is a 2 mile (3.2 km) long tree-filled island off the southeastern side of Phuket Island (off Rawai Beach) and just a bit further by boat than Koh Bon reviewed above. Koh He is like other islands that surround the main island of Phuket – covered with heavy forest and rocks on the majority of coastline. The main (biggest) beach on Coral Island is found approximately in the center and on the north coast. Stretching 2,700 ft. (823 m), this is the longest sandy beach on Koh He and it attracts the most people.